You're almost there! On the next screen, you can choose the Bitbucket workspace for the installation and grant Mergetastic access to it.

Get Mergetastic product updates in your inbox

Get notified when new features are added to Mergetastic and other 10xsoft products. No spam, only product updates. You can unsubscribe whenever you want.

This guide assumes you've installed Mergetastic into your Bitbucket account and enabled it for your repository.

If any of that was unclear, the rest of this article should be able to walk you through the steps.

For this walkthrough, we'll use this demo repository. 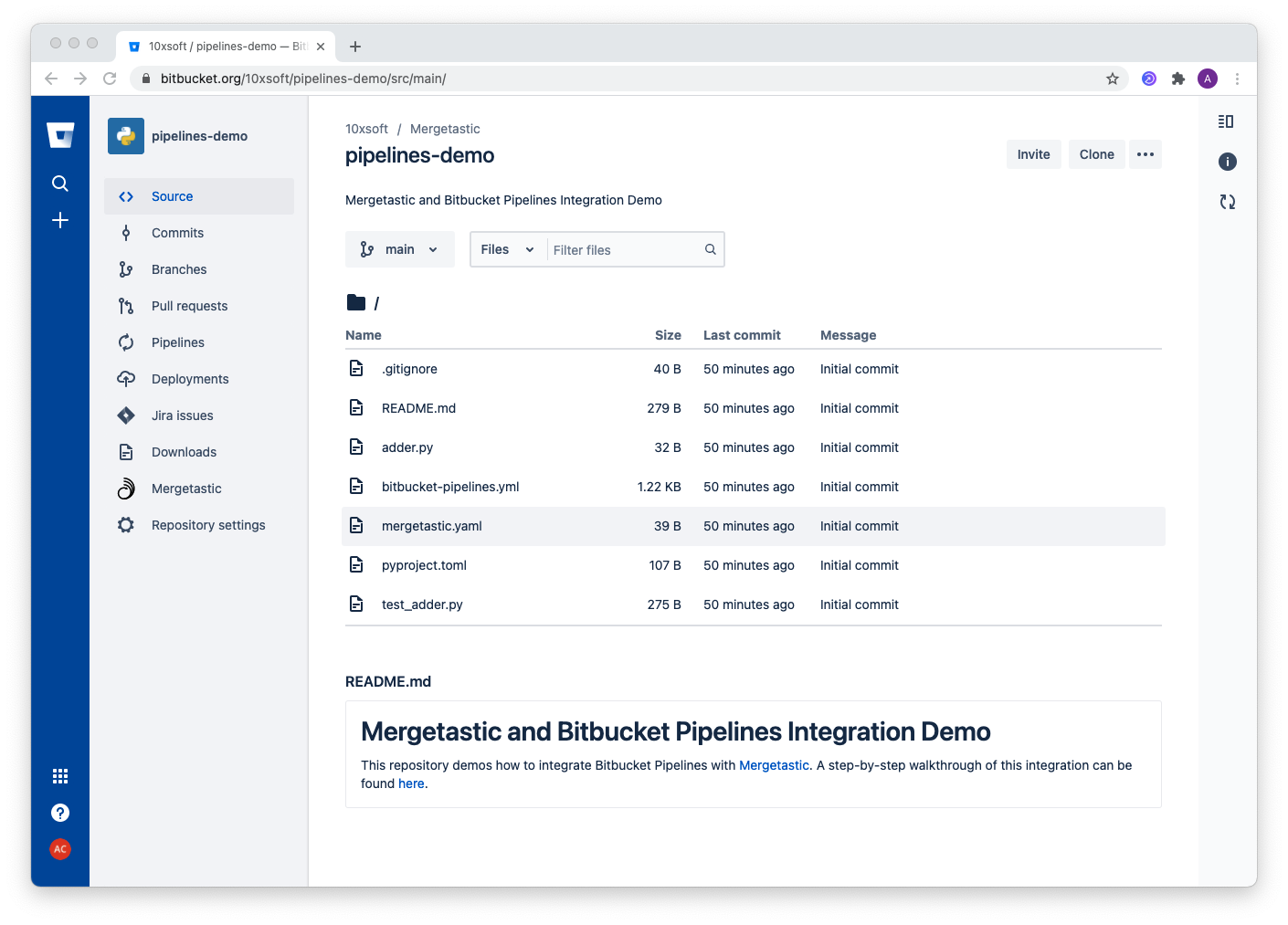 Note that one of the tests is "marked slow". This is similar to how tests are in the real-world: some tests are slow and others are fast. Typically, the "fast" tests are your linting and unit tests and the "slow" tests are your integration tests. The fast tests can catch most of the issues very quickly. But some bugs can slip through. This is where the "slow" tests come in. The downside is that the slow tests take a lot of time and use up a lot of build minutes.

In real-world codebases, the test suite can be divided into "fast" and "slow". The fast tests quickly catch most of the issues, but some bugs can slip through. The slow tests might catch these issues, but they take up a lot of time and build minutes.

The general idea here is to run the "fast" tests on each commit for all the pull requests, but reserve the "slow" tests for the merge queue. This is where Mergetastic can help you save both time and money.

For this walkthrough, we want to guard the main branch from getting commits that don't pass the tests. So that's where we'll setup the Mergetastic queue using the following mergetastic.yaml file:

This basically says: setup a queue for the main branch and consider a commit to have "passed the tests" if 1 passing build status is posted to it.

Unfortunately, Bitbucket pipelines does not allow us to reliably know the key of the build status, otherwise we would have been able to list out the required builds by name.

Now when we look at the Mergetastic tab, we see an empty queue. 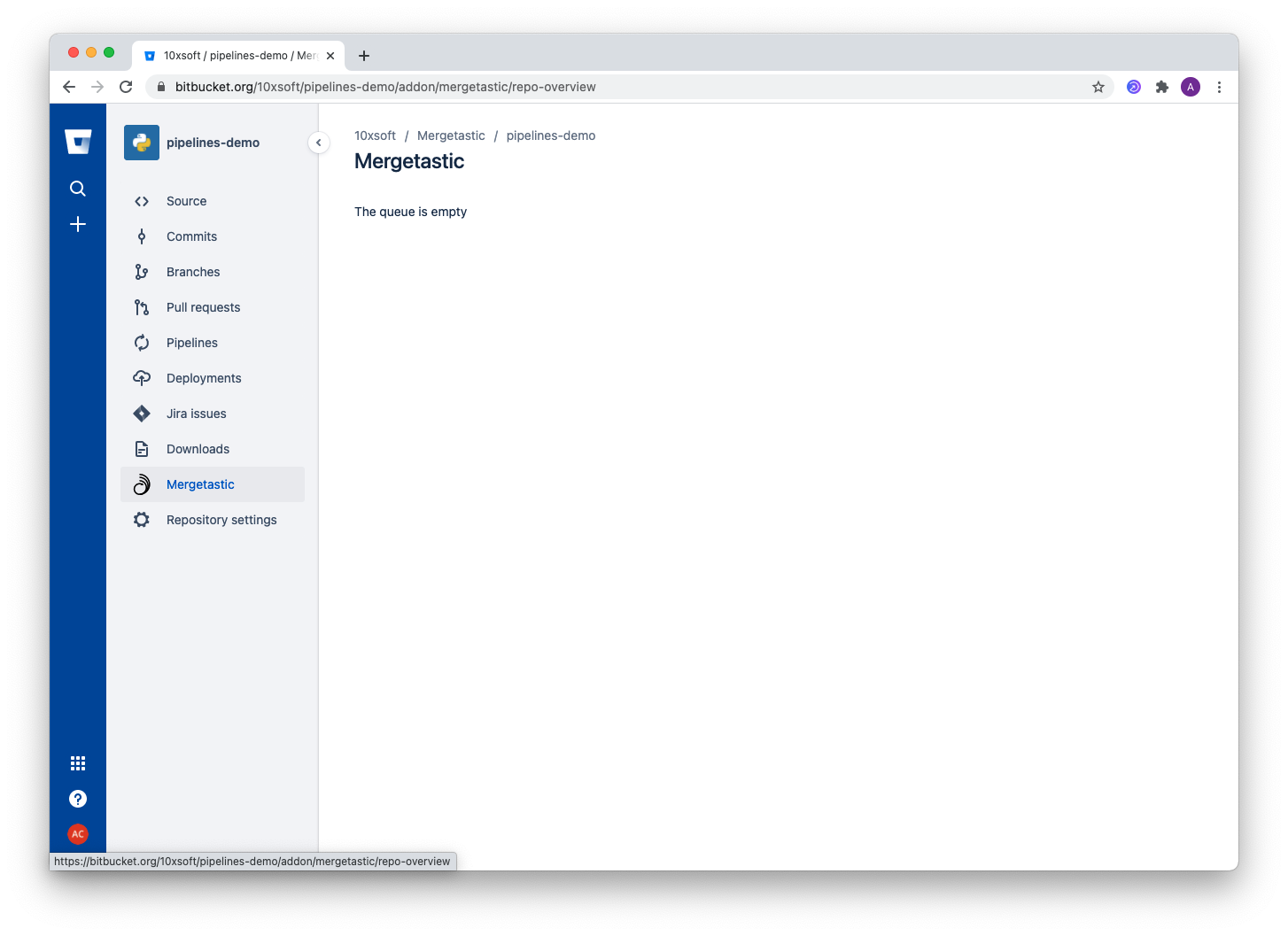 The first thing you're going to want to do is enable Bitbucket Pipelines. Just head over to the Pipelines tab and hit the Enable button.

Once that's in place, you'll need to create a bitbucket-pipelines.yml file at the root directory. For this walkthrough, the file looks like:

That looks like a lot of stuff. Let's walk through it slowly:

To see the system in action, let's introduce a failing pull request. 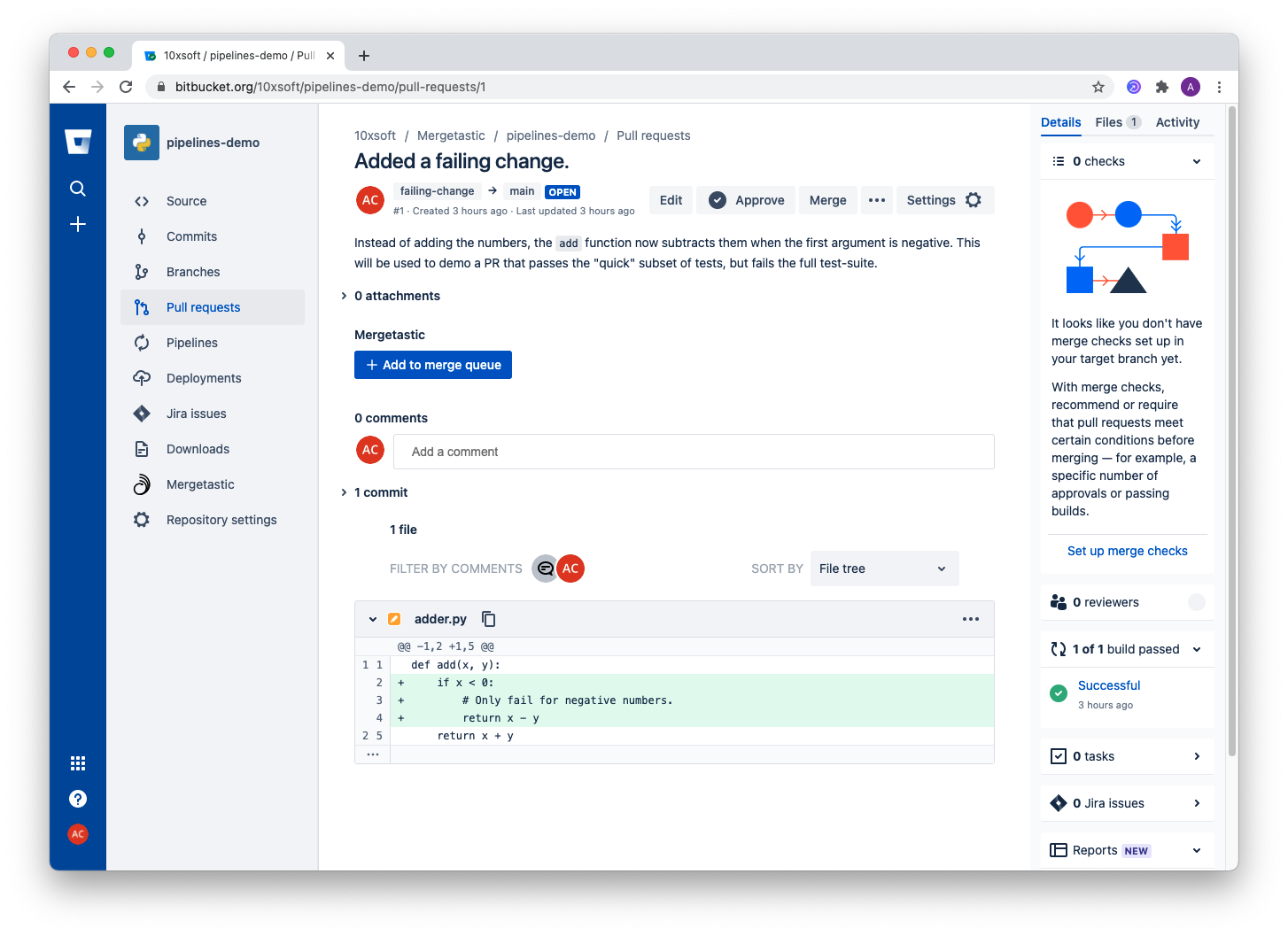 Note that this pull request changes the add function such that it passes our fast tests, but fails our slow tests. 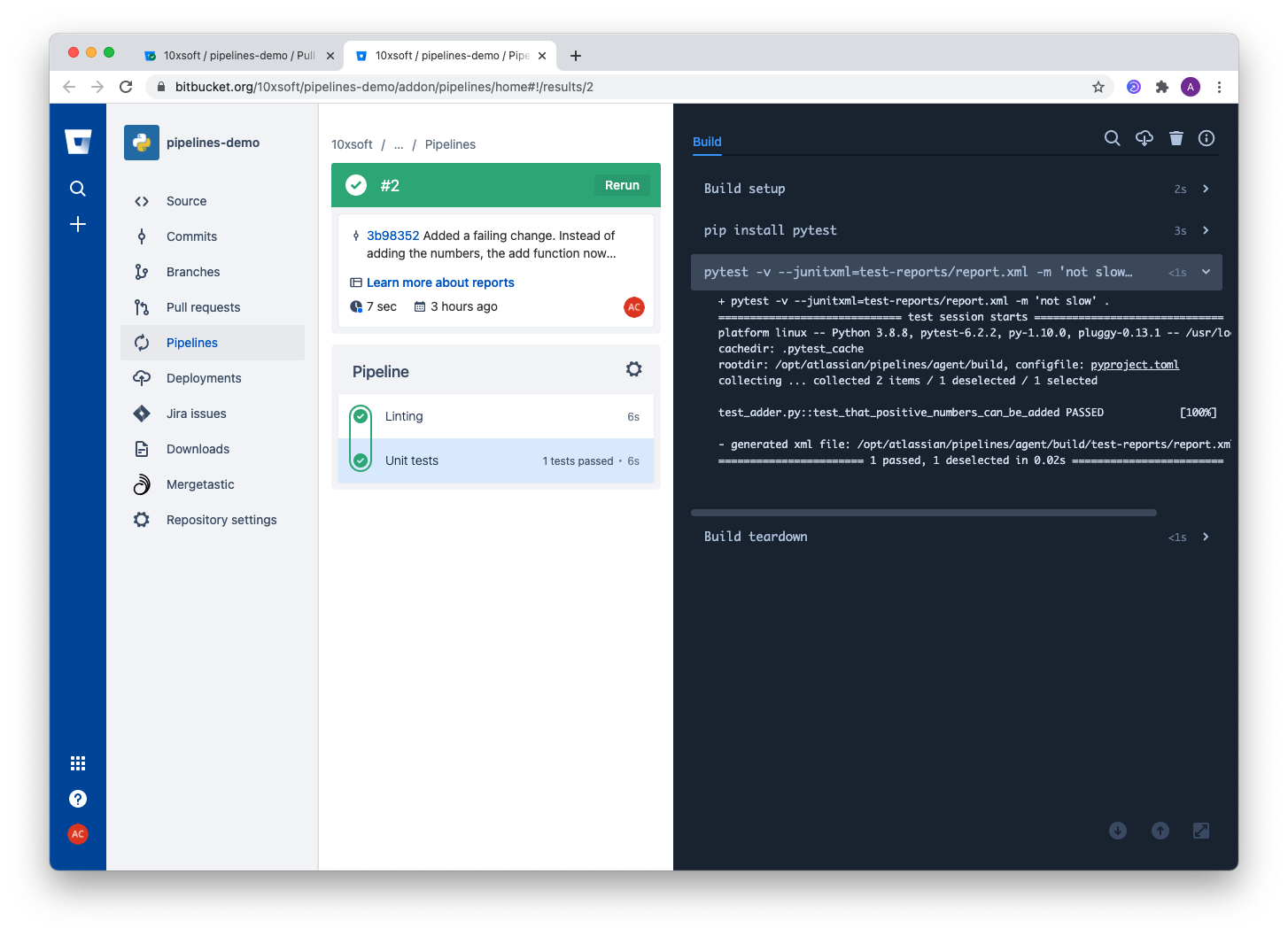 Figure 4: The "fast" tests fail to detect the bug 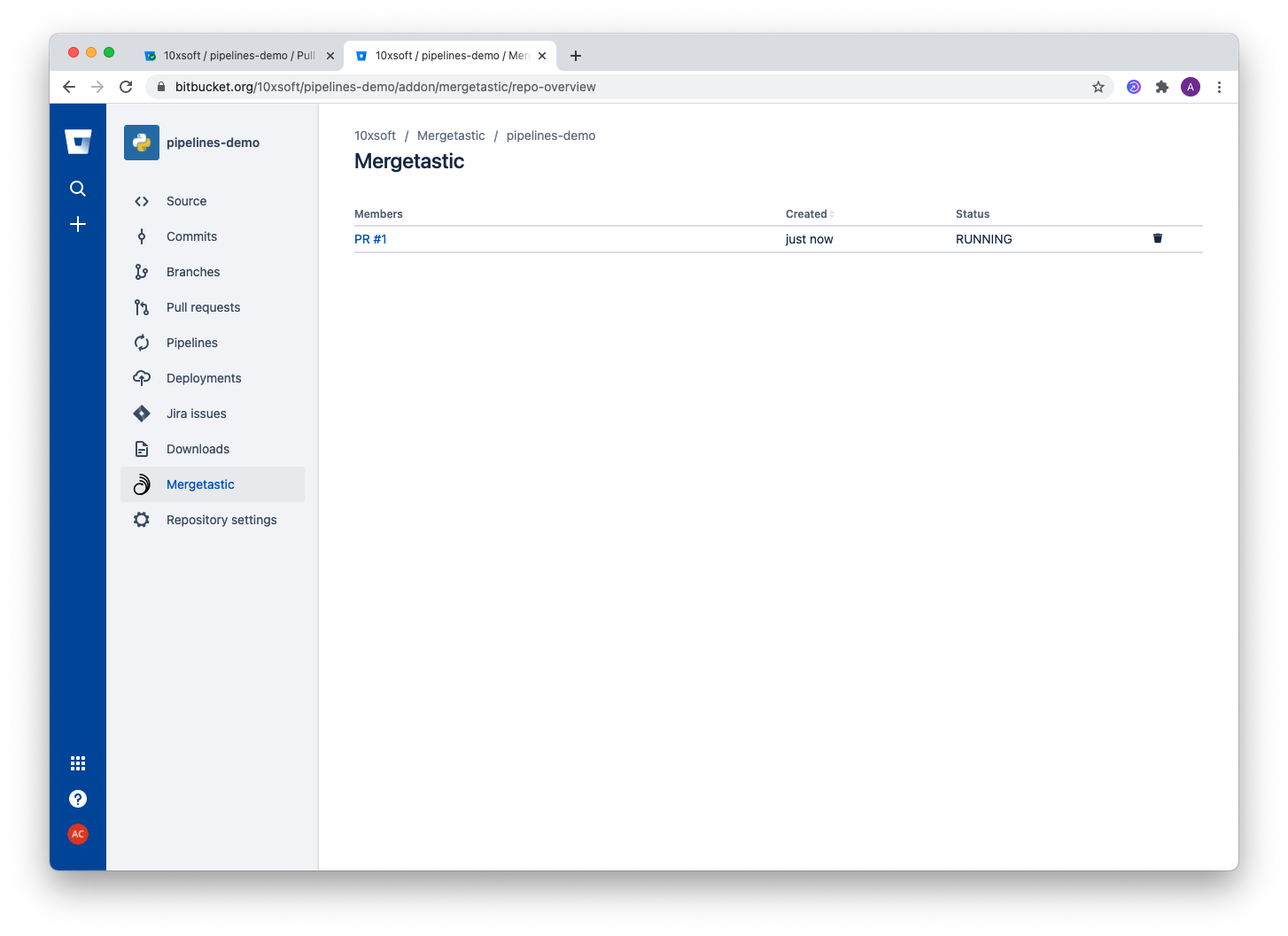 Figure 5: The queue now contains our pull request and is running it

As we expected, the tests fail. We can see this in the queue, which is once again empty: 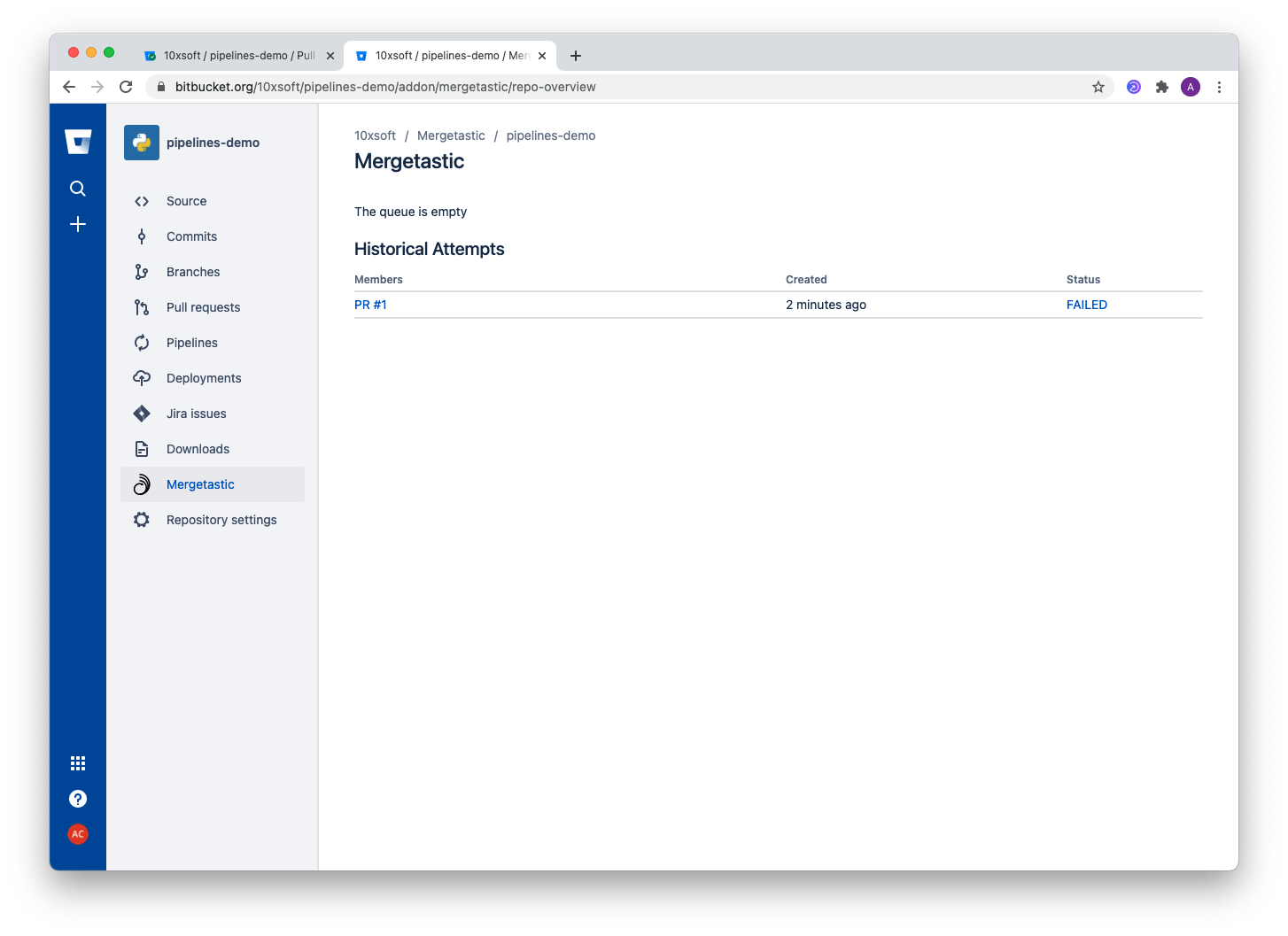 Figure 6: The queue is empty once again

The logs show that the full test suite was run. 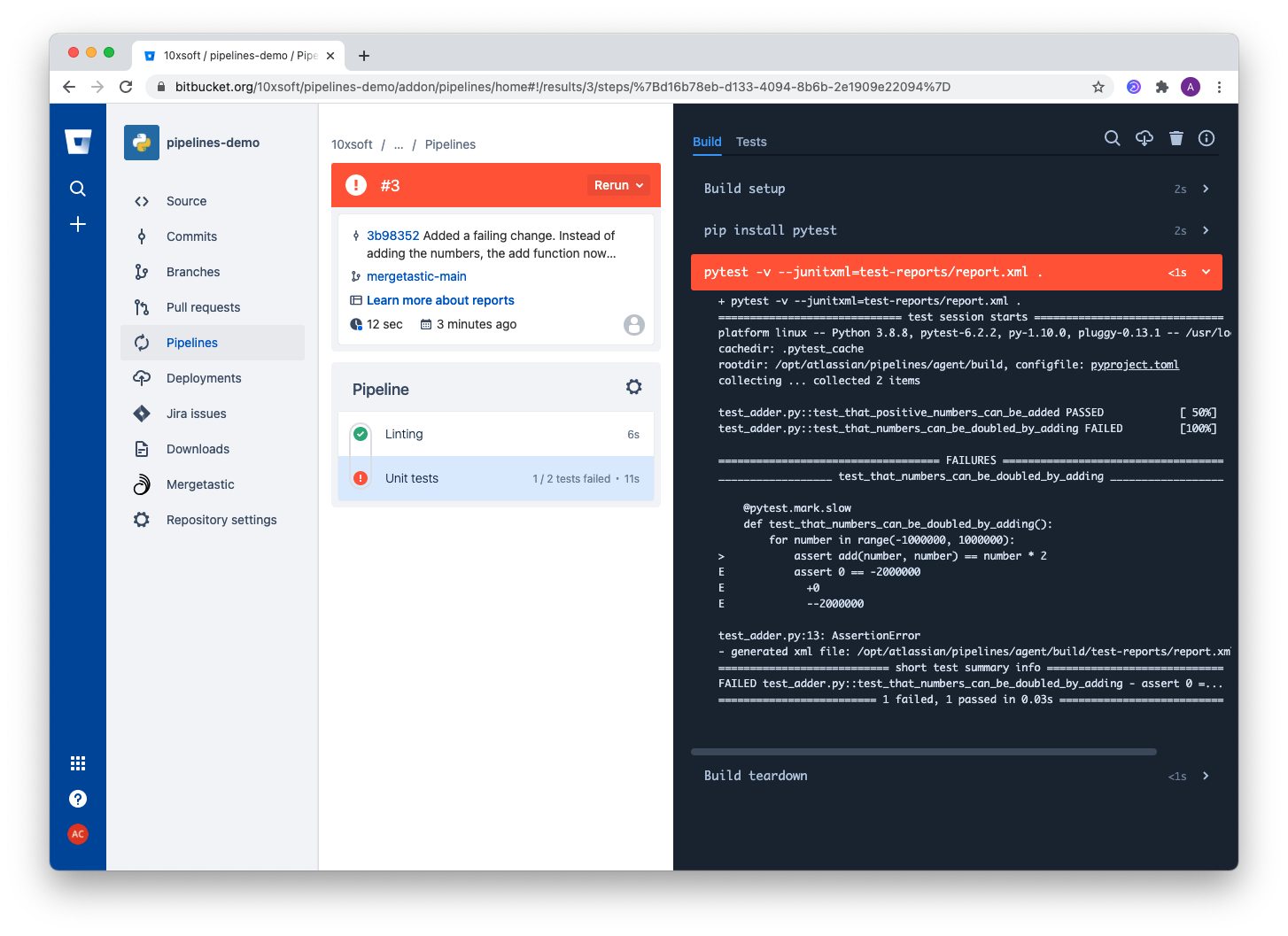 Figure 7: The full test suite was run on the mergetastic-main branch

And there you have it! Mergetastic is integrated with Bitbucket Pipelines and we've seen it in action. If you have any questions, feel free to contact support and we'll help you out as best as we can.